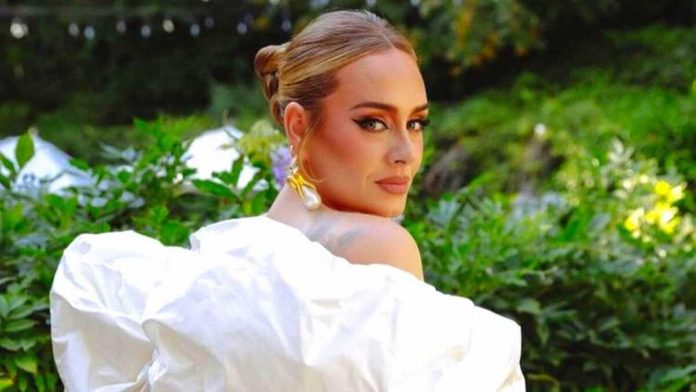 A career in the big leagues demands talent, professionalism, perseverance, self-confidence and a sense of timing. Whether it’s to score a goal, to take advantage of the passing curve on the F1 track or to succeed in the world of music. Leaving those scenes of high exposure for a long time can be, for some, a bad decision, and for others the best time to prepare a triumphant return. And the latter was the case of Adele. He took a long break when he needed it most. She took refuge in the intimacy of her private life when she was famous and a millionaire, with just three studio albums released. He chose the right moment, after winning five Grammy Awards for his album 25 (in the five categories in which it was shortlisted). He physically reinvented himself and reappeared four years later, with an album called 30, that he started recording at 30 (Adela is now 33), that talks about divorces, that was praised by fans and critics. And when he announced the first live concerts, just in mid-2022, the tickets flew in minutes.

After the previews he made of the album, after the release of 30, and after the repercussions it had, inside her record company, a questionnaire about her album was drawn up, which she answered in great detail. “Sometimes loneliness is our only rest,” he says in one of his songs and Adele takes that phrase to sum up all that time that he was not so close to the fans. From absence to (triumphant) reappearance.

The initial kick of the album was the recording of the song «Easy On Me», in February 2019. The last one was «Hold On». “It’s amazing the way from the lyrics of ‘Easy On Me’ to the point of arrival in ‘Hold On’,” explains Adele. I felt strong in my own chaos. As soon as I finished writing ‘Hold On’ the quarantine started. During all that time I did not go to the studio. I wanted to record the arrangements and the choirs, but I couldn’t. So when I listened to the album again I realized that I had a lot of time and that I had to put together a list of songs. It’s amazing the difference between the first and the last song, they are light years apart in terms of feeling.

Sure, because the end of “Hold On” has an air of hope. As a kind of catharsis that Adele needed and that, perhaps, the best way to express it was in songs. «In that song I speak to myself. A lot of people think I’m singing to them, but I’m talking to myself, ‘Love will come soon’ and stuff like that. And on ‘Easy On Me’ obviously I talk to other people. There the change is clear: at the end of the album I talk to myself and I don’t need the approval or anything of the people to move forward. I’m so proud of myself, and while writing the album I hadn’t noticed that twist.”

A year had passed between the first and the last, between one February and the next. In “Hold On”, for example, he sings: “I go stumbling in the dark, looking for a hand”. “I fight against myself with no chance of winning” or “Right now I hate being myself.”

-What did you feel to write that?

-I think I could never have written lyrics like «Hold On» before. At the time I wrote it, as it is the last one I wrote for the album, I was exhausted from looking for answers to everything outside of myself. And over the years I have managed to have more interesting conversations with my mother or with other older people in my family and friends. Over the years I have come across different types of people, and one has conversations like: “The other day I did this”, and then they ask you: “And why did you do it?”, and from there more conversations start. deep. But I was always waiting for people to give me the answers that I actually had to give myself. So I told myself that I had to do something, because if not, I was always going to be running around the same damn problem. So I wrote those lyrics a couple of years ago, and if I hadn’t, I never would have gone to the next level. I also learned to forgive myself for many things, although I wouldn’t say they are things I regret, because I don’t have much to regret, and I believe that everything happens for a reason. But I wanted to acknowledge that sometimes I do everything wrong. I did everything possible to unlearn many mandates that came with me from birth, things that in many cases bequeathed to us by our parents, albeit involuntarily. I think you can be born with a lot of sadness and with very harmful habits, I think it’s in the DNA. And I wanted to admit it to myself and to all my family, my friends, and my son. In that song, the energy of my voice is totally authentic. You can tell that I’m clearly embarrassed, but also trying to come out on top. In the last chorus, I start to cry and there is also a lot of laughter. I think that song can help a lot of people. Because it helped me, even later, when I listened to her and she told me that I had to keep going, that in the end it was going to be worth it. And you have to have confidence in that process. My favorite phrase from “Hold On” is: “Sometimes loneliness is our only rest.” It’s like giving yourself to her, stop avoiding her. At the beginning of that time in my life, whenever I felt lonely I would call someone and ask if they wanted to do something. He constantly avoided loneliness. So everything got worse and worse, and you end up hurting people who never hurt you. I’m not going to lie to you, I love that song. And I listen to it again every time I feel like I need a good kick in the ass! [risas]!

-This album has a little more personal reflection, as if you were answering to yourself, and not to others. Do you feel that it is so?

-Yes, totally. The album is a kind of self-destruction, self-reflection and self-redemption. I think it has to do with having to take charge of facing and solving many things in my life. And I’m not going to blame the father of my son, for example. I had to take care of the problem myself. There was a time when I didn’t want anyone to hear the record. But for me it was very positive to make music during that time, because if not, I don’t know where I would have ended up. I’m sure I would have gone either way… I’m complicated, I work a lot and I know I’m an emotional roller coaster. At least now I am aware, but before, the truth is that I was not. I didn’t want to change everything in my life, but to improve I had to move some pieces on the board. I think that helped me become a better person.

-You said that at one point you thought that people were not going to like the album. Was there a time when you clicked and felt like sharing what you’ve done?

-When most of the work was finished, I didn’t want to sing it to people, because when I finished writing the last song we just went into quarantine. But when we started to come out of confinement it made me want to play my music. I remember my friend Josh crying when he heard “My Little Love.” I wasn’t expecting it at all, but I remember him telling me, “I never thought of my mother that way. It never occurred to me to think of all that he must have had to live with. When we are children, we are not selfish, but neither can it be said that we are selfless. And I realized that my mom is more than that, that she is not just my mom and that I will never know everything about her. I don’t know if Josh felt closer to his mother or even bad, but seeing his reaction and seeing him humanize his mom, I realized that I had to record her yes or yes. I think we have to give ourselves permission to stop for a minute and think about something from the past. We don’t have to spend all the time thinking about the future. And then, with the pandemic, it was another moment when I refused to release the album. There is a lot of stress and a lot of pain going around, despite the reopening and the return to normality. But he lost a lot of people: some lost loved ones, some lost their business, some lost themselves. I didn’t want my record to be associated with covid. I didn’t want to have to see the public with a mask, that they were afraid to come to my concerts. And there are people who can’t even buy my album because their health is at risk. I didn’t want anyone to feel left out. So I almost backed out again. But I think that with the album I was also going through something in particular. I felt that the album could be a kind of containment for someone. I didn’t know if there was a need for someone to know my own history, my family history and things like that. But in the end, Josh convinced me.

Independent journalism needs the support of its readers to continue and ensure that the uncomfortable news they don’t want you to read remains within your reach. Today, with your support, we will continue to work hard for censorship-free journalism!

Adele: I’m complicated, I work a lot and I’m an emotional roller coaster