Jason Momoa and Lisa Bonet announce their divorce, after 16 years of dating and 5 years of marriage. This was communicated by the couple through their social networks, in a statement where they talked about how the same love they had was the one that made them decide to separate.

WE RECOMMEND YOU: Megan Fox and Machine Gun Kelly get engaged

It was on the account Instagram by Jason Momoa (prideofgypsies), which revealed the divorce between the protagonist of “Aquaman” and his wife, also an actress, Lisa Bonet. This, after facing difficulties in their marriage, mainly due to the time in which the world is currently, which forced them to evolve the relationship.

“We have all felt the pressure and changes of these transformative times… A revolution is unfolding and our family is no exception… feeling and growing from the seismic shifts that are taking place.”, the couple began writing, confirming that they have decided to separate from the marriage.

YOU MAY BE INTERESTED: Kendall Jenner is criticized for the dress she wore at her best friend’s wedding

“We share this not because we think it’s newsworthy. But so that, in the course of our lives, we do so with dignity and honesty.”, they continued and concluded by saying that they free themselves from themselves to continue growing into what they have become. 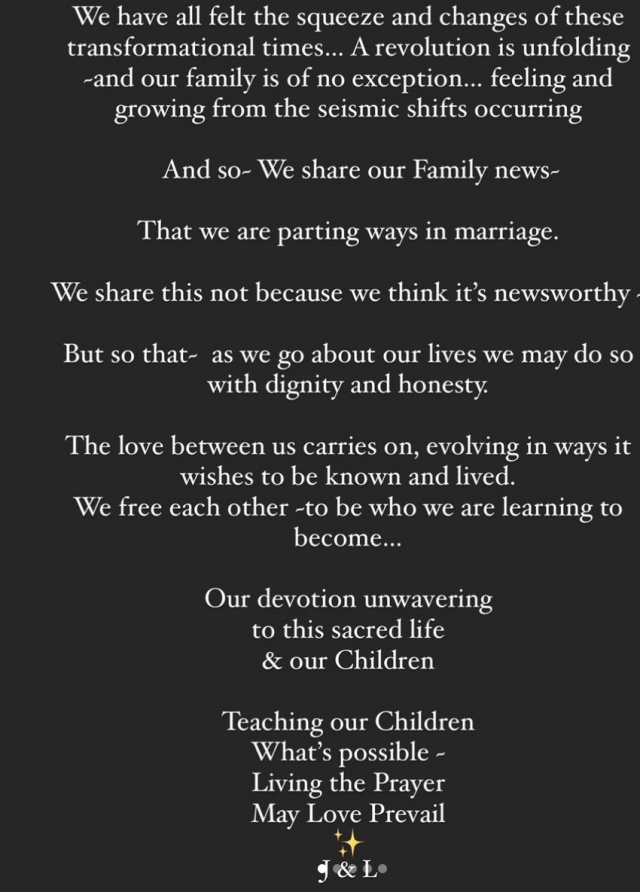 Jason Momoa and Lisa Bonet are divorcing, as they communicated on Instagram /

Likewise, they made it clear that their priority will always be their children and their family in general.

The news caused a scandal on Jason Momoa’s social networks, especially after fans remembered a photo that the actor shared with Emilia Clarke, with whom he shared scenes in the “Game Of Thrones” series.

In the photograph published in August 2021, Emilia was sitting on Momoa’s legs. In another, he carried her while they smiled. “That explains the divorce”, “You have always been very disrespectful to your wife”, “Never call a woman the same way you call your wife”, were some of the comments that Momoa received.

READ ALSO: She gives her mother a blanket from Chayanne: her reaction goes viral

Jason Momoa and Lisa Bonet met in 2005 at a jazz club. Immediately he began to conquer her because since before he was famous, he had seen her on the 80’s television series “The Cosby Show” and had assured that one day she would be his partner.

Lisa Bonet, who had been divorced years ago from Lenny Kravitz, was fascinated by Momoa’s security, wanting something serious with her from the beginning.

Thus, the couple had a relationship of 16 years of dating, five years of marriage (they married in 2017) and two children together: Lola and Nakoa-Wolf, five and four years old, respectively.