The Netflix show Emily in Paris has been a BURST for 2 seasons! One of the most watched and resonated series on the platform, yesterday won 2 more seasons and, when I posted on Instagram that I loved this patacoada, a lot of people interacted practically freeing themselves and feeling relieved that someone ~publicly liked it too.

You know, EIP is practically a guilty pleasure, a real “speak badly, but speak of me”, after all, the costumes are highly criticized, the script and plots are not that far-fetched, the acting in some cases is ridiculous and there are still several customs issues that hurt the French. That said, I’ll say what I have: fashion!

Emily in Paris has everything I love about a show: superficial script, amazing scenery and fashion. But if for a moment we expected costumes à la Carrie Bradshaw or Blair Waldorf, we were sorely mistaken. And it all starts there, the expectation.

Emily Cooper was not born into a splendid birth, she is an authentic midwestern American girl, she is not cosmopolitan, but she is fascinated by her work in the luxury market, therefore, a greater involvement with brands and money. I’ve already said that I’m inspired by Serena van der Woodsen and certainly that episode in Paris by GG guided her thinking… and the costume designer.

Cut to Patricia Field, the show’s costume designer, who gained fame for “creating” another authentic fashionista, Carrie Bradshaw and her Sex and the City squad. The legendary Pat gave herself body and soul to the hit Netflix and in an interview defends the character and actress, Lily Collins, tooth and nail.

She reveals that, in fact, the character is carried in paint, exaggerates the colors, mixes contemporary brands with vintage collection, dares in shapes and proportions. He also says that, if Carrie has Manolo, he answered Lily’s request and inserted Louboutin as the character’s favorite. Now, the costume designer’s favorite are the gloves used by Emily, which, according to her, is to make a renegade fashion item happen that has fallen into disuse. (note: Patricia has a signed line of gloves for sale). 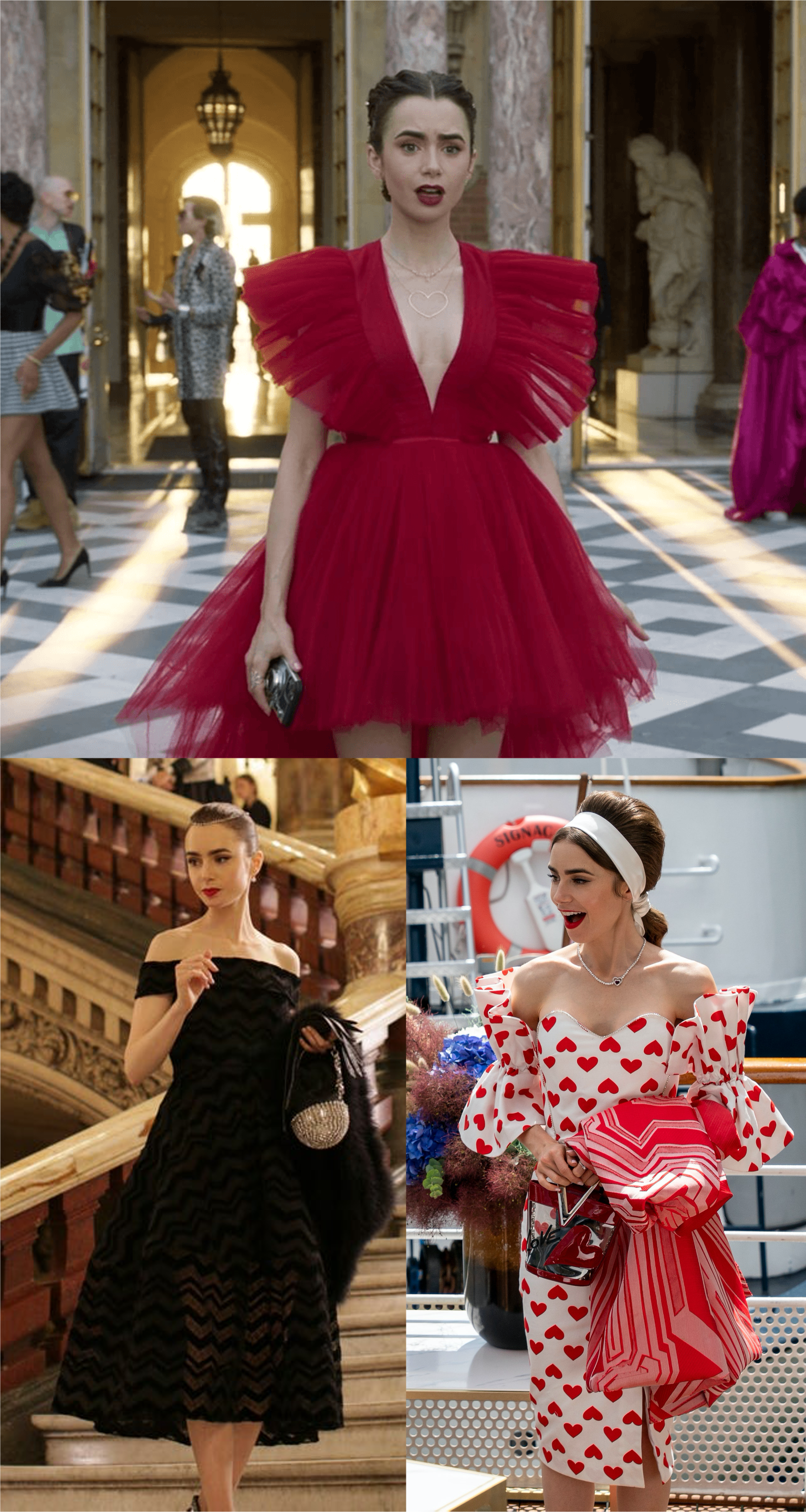 And it is in this whole scenario that the playful, caricatured, obvious and still surprising side comes in: Emily’s costume, a dazzled girl, albeit naive, but much of the talarica wouldn’t be perfect like Carrie’s or Serena’s own. Her charm is in her explicit fashionism, which borders on the funny and confirms the tacky, but let’s face it, adorable tackiness.

I love the show precisely for being exaggerated, unpretentious, for having an almost dopamine fashion without us imagining that we would need this escape valve in times of a pandemic. The 2 seasons were at the height of the covid terror in which we live, hence wanting to take seriously only a youth series with super production and low expectations… it’s too much to ask!

A lot of people even said that Patricia Field had lost her hand and her reason, but I think it was all calculated for season 1 and, given the success and repercussion, 2 came just as strong and exaggerated. I confess that I would like to see an evolution of Emily’s style, after all, months have passed in Paris, but she keeps oscillating between a Chanel look and any leggings.

Now if they think that Pat is not the same anymore, that nothing, she proves through SYLVIE and CAMILLE that her good taste and faithful reproduction of the Parisian style remain intact. In an interview, she said that she turned to French costume professionals to do justice to the choices and the result we can see and AÍ SIM admires two legitimately stylish women. 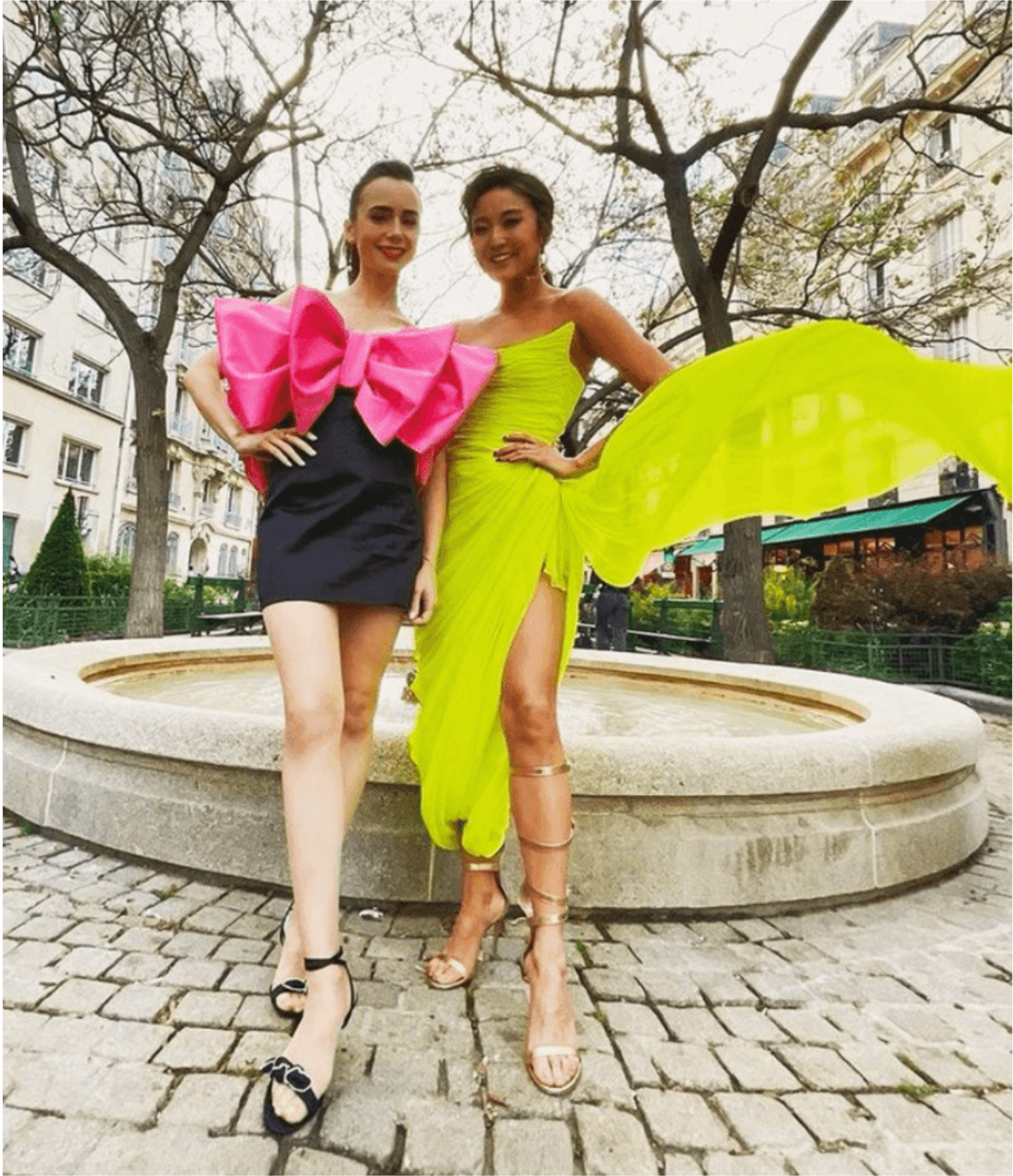 The series was so successful that in the midst of it all ‘And just like that’ resurfaced and Patricia didn’t do anything in 2 productions, the costume designer chose to stay in Paris and strengthen the essence of Emily and her gang!

In defense of Emily in Paris – Fashionismo