Looking for a short hike near Eisenach that children can also enjoy? The Drachenschlucht very close to the Wartburg is a wonderful natural experience! Whether on a short detour after visiting the castle or as part of a day-long hike through the Thuringian Forest – the Drachenschlucht is a great destination, especially with children!

We stretch out our arms and touch the rock on both sides. It’s damp. In the cracks, moss crawls vertically up the stone. The narrow brook gurgles under our feet. It runs a few centimeters below the hiking trail, which consists of transparent gratings. The gray sky stretches high above us. And everything is so wonderfully green!

Family walk through the Dragon Gorge.

From a geological point of view, the Drachenschlucht is a gorge. A stream meanders through towering rock walls. The area belongs to the Thuringian Forest and is under protection. The full title reads: “Nature reserve forests with gorges between Wartburg and Hohe Sonne”.

The place owes the name Dragon Gorge to romanticism. Before that, the narrow rocky landscape was simply called “Steingraben” and was largely inaccessible. It was only when wild forests were romanticized in the 19th century and the upper class got the time and desire to hike that the high rulers of the Wartburg had their first paths laid in the gorge.

However, the fantasy name is absolutely deserved! Since Saint George is the patron saint of Eisenach, he also fits. The Hanjörg, as the local incarnation of the saint is called, is said to have once killed a dragon here. (It wasn’t until the 19th century that people remembered that this happened exactly in the Drachenschlucht.)

We brought our own kite as a precaution. This is the only way to guarantee a sighting …

Hiking trail through the Drachenschlucht

A stately portal marks the beginning of the gorge at the northern entrance. From here it runs parallel to the main road for a good three kilometers. (We don’t hear or see anything about this while hiking.)

The path is narrow and uneven. The first few meters still look as if you could possibly take the stroller with you. Forget it! Later you will climb over rocks every now and then. The narrowest point is just 68 centimeters wide. The path is wonderfully adventurous and a great thing, especially for children. But it is not suitable for prams. Just take the stretcher with you. It is quite possible, however, that the youngsters will want to run themselves anyway. Nothing motivates you as well as such an adventure trail … 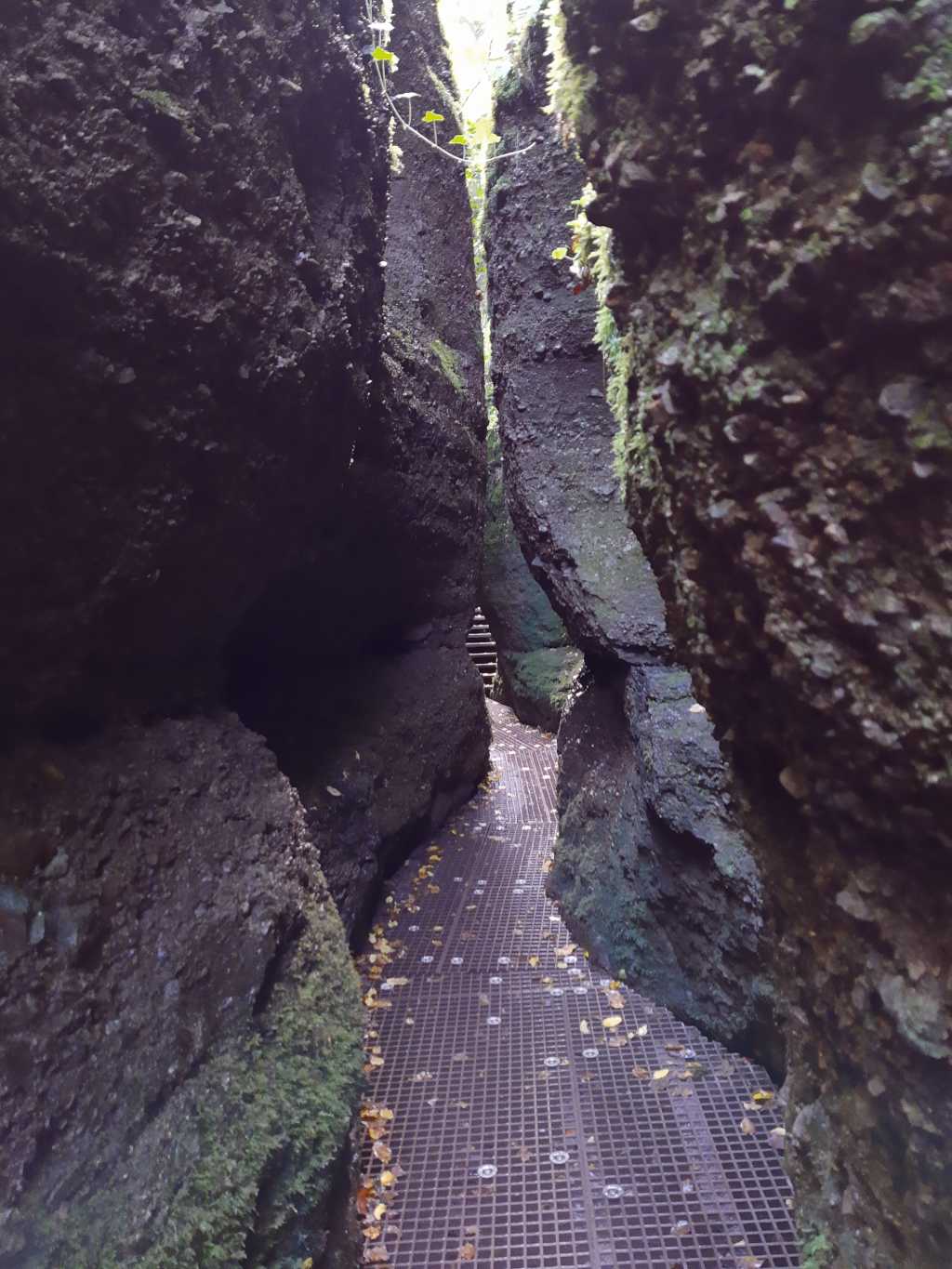 Who wouldn’t want to explore this maze, please? (This is the infamous bottleneck. To be honest, it looks more blatant in the pictures than it actually is.)

Incidentally, it will not be dangerous in the narrower sense. There are no steep slopes or crash sites. So, of course, theoretically you could climb somewhere on the rocks and fall down from there. As long as everyone stays on the path, I haven’t noticed any danger spots. (And staying on the paths is always the order of the day – nature reserve!) 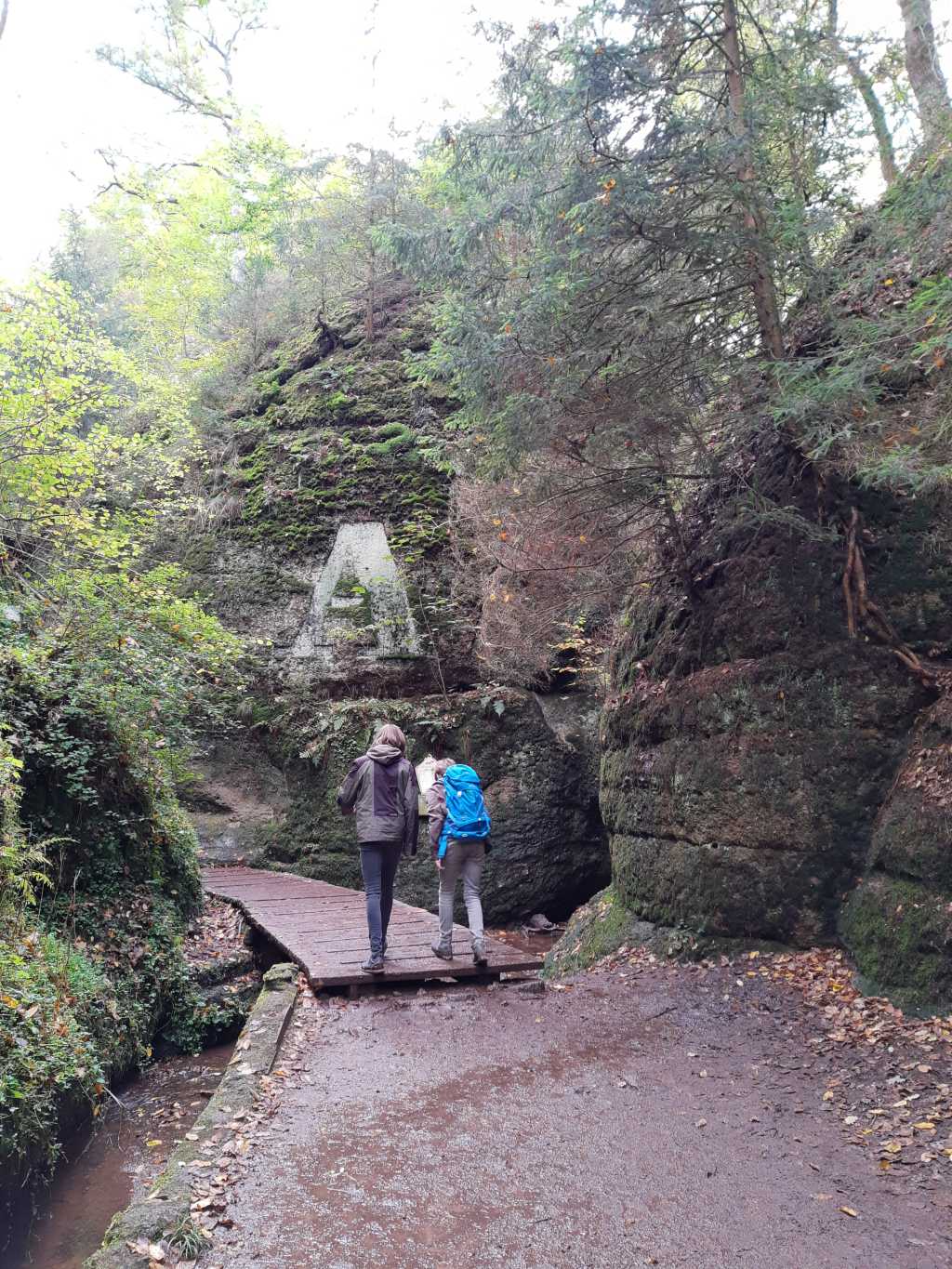 From here it gets wildly romantic. The A stands for Annatal.

The Dragon Gorge ends after around three kilometers. At the southern entrance there is another parking lot for hikers at the (unfortunately ailing) hunting lodge “Hohe Sonne”. Since this is not a worthwhile hiking destination in itself, nothing speaks against turning around in the gorge at any time.

The Dragon Gorge as a circular route?

The Drachenschlucht runs parallel to the B19. According to my map, it would be quite possible to walk back west of the gorge from the lower “Hohe Sonne” hiking car park. The route would then go a short distance over the official Rennsteig and then west of the mountain “Hohe Sonne” in 6.5 kilometers to the upper entrance to the gorge.

We planned to do this, but ultimately didn’t try it. The Drachenschlucht has enchanted us too much. On the way back everything looks completely different. The point of view is simply a completely different one. So there is absolutely no shame in walking the same path twice and not making a circular route out of it. 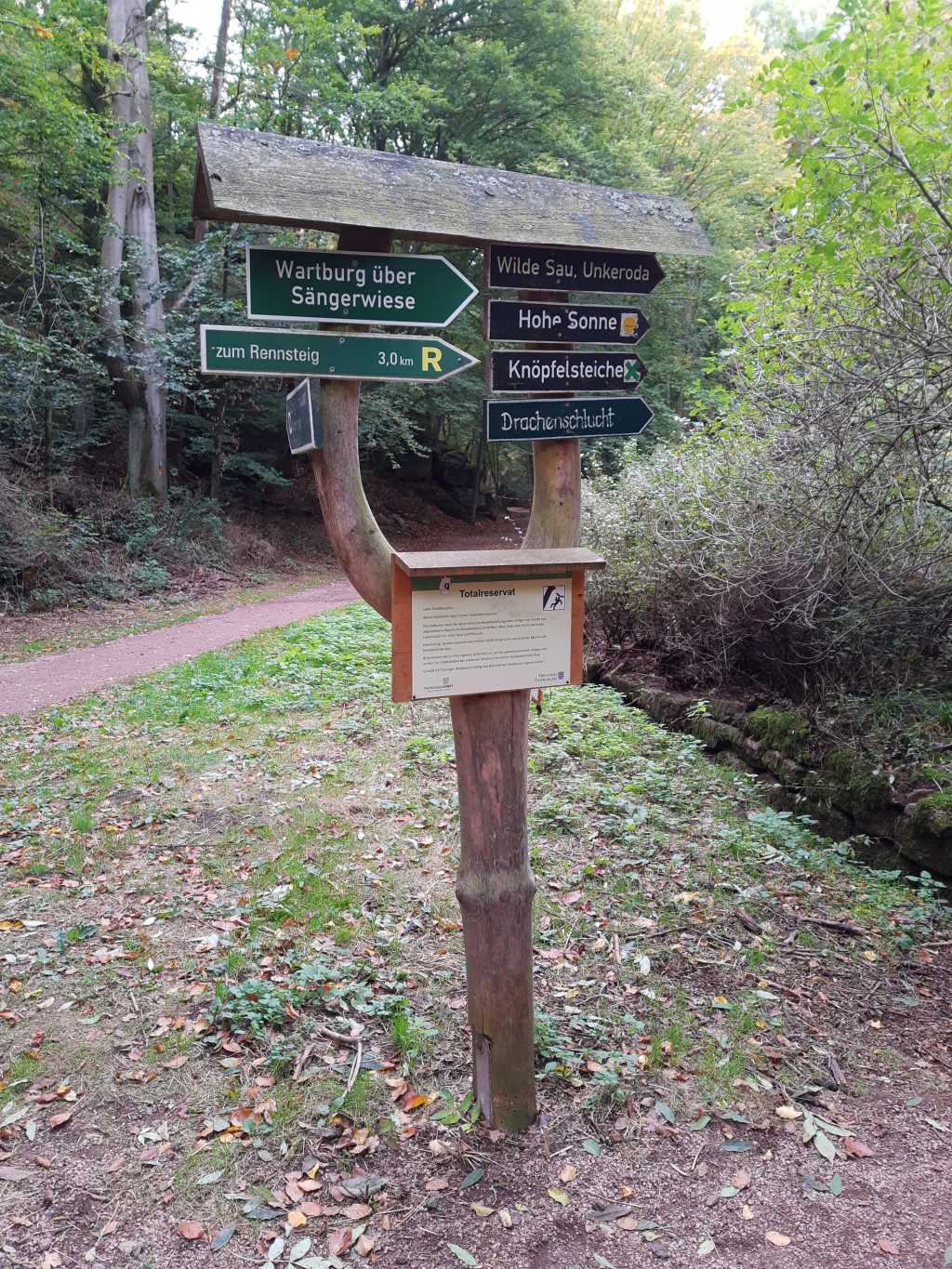 The Drachenschlucht is very close to the Wartburg. If you don’t mind a half-hour climb to the castle (in contrast to the 20 minutes that are also necessary from the official large car park), you don’t even need to change your parking space. My recommendation for a full day trip is therefore the parking lot “P3 Drachenschlucht hiking car park“In the parking guidance system of the Wartburg. It’s free. From there we walked to the Drachenschlucht on a footpath within sight, but with a safe distance from the main road maybe a kilometer out of town towards Mariental.

If you just want to go to the Drachenschlucht, have small children with you or just don’t want to walk that far, there are alternatives. A few hundred meters down the street is the also free “Drachenschlucht car park“. From there it also goes briefly parallel to the B19. You can then cross it in front of the entrance to the gorge.

Some of them simply park right at the entrance to the Drachenschlucht, on the right-hand side when coming from Eisenach. I don’t think that’s recommendable. There is space for a few cars there. When we passed here, there was just trouble because someone had been parked in the very unofficial area. There were also far too many cars squeezed in all over the place. In between the hikers pushed their way through. Many children have sticks with them when hiking. Not a good idea for anyone. (In fact, I would be surprised if the city hadn’t slowly banned parking.) 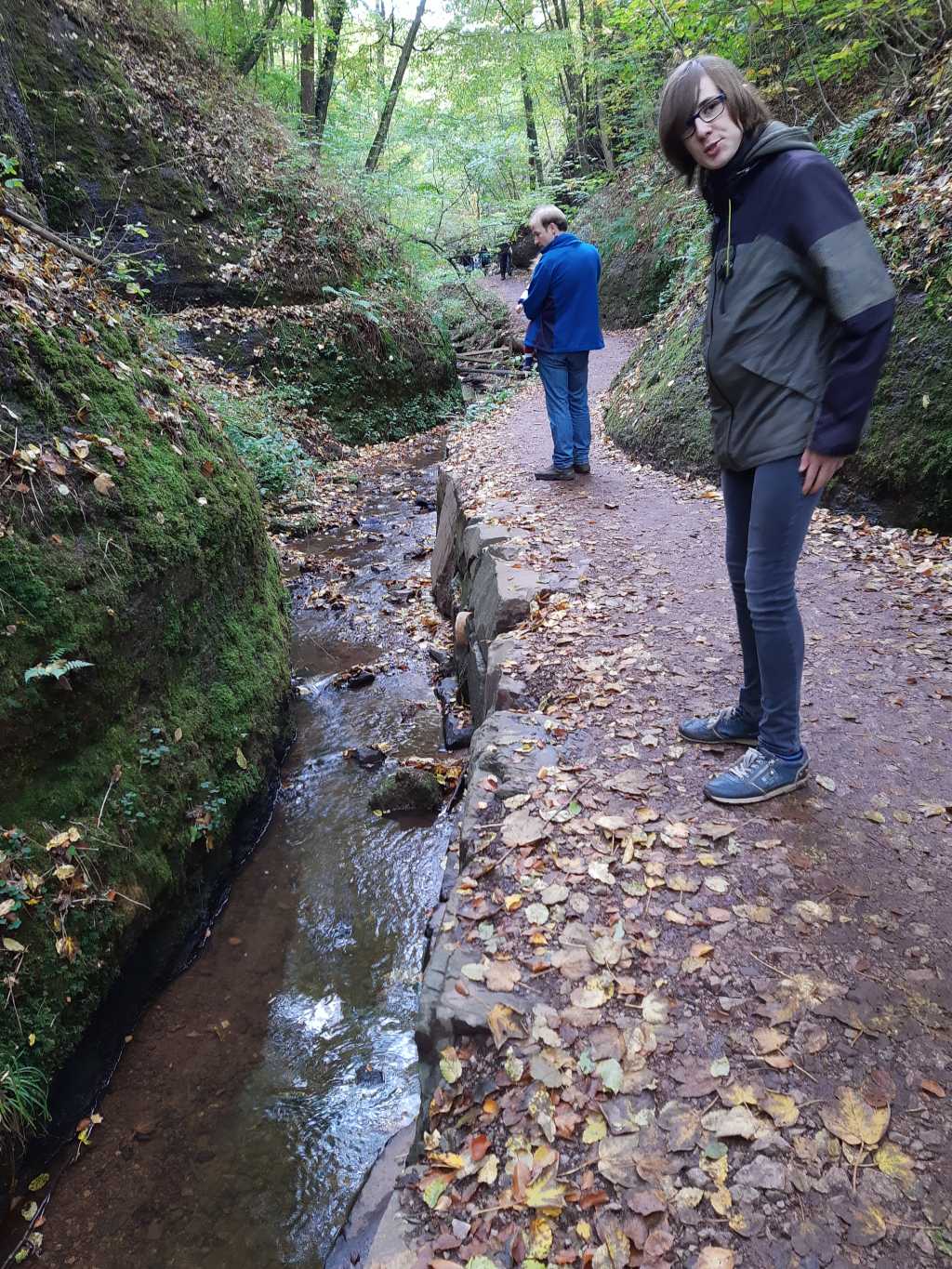 At the beginning of the gorge. (Unfortunately I didn’t take any photos of the parking lot.)

Overtourism in the Dragon Gorge

The geological attraction has long ceased to be one of the insider tips. In fact, I have already heard the word “overtourism” being used in this context. That means: It is often pretty full. The wonderful photos, which can be seen on Instagram under the corresponding hashtag, can only be shot in the early hours of the morning during the season. In summer it is so crowded at least on Saturdays and Sundays from around ten to five that it is no longer fun. Where: This information is based on “I heard”. Some locals have told me this.

These rumors have led us to postpone our visit to the late afternoon from 5 p.m. That worked very well. (It was a Saturday in the Lower Saxony autumn vacation, no school vacation in Thuringia.) Of course I don’t know how full or empty it was before. In any case, we only met other people in the narrow corridor every few minutes. 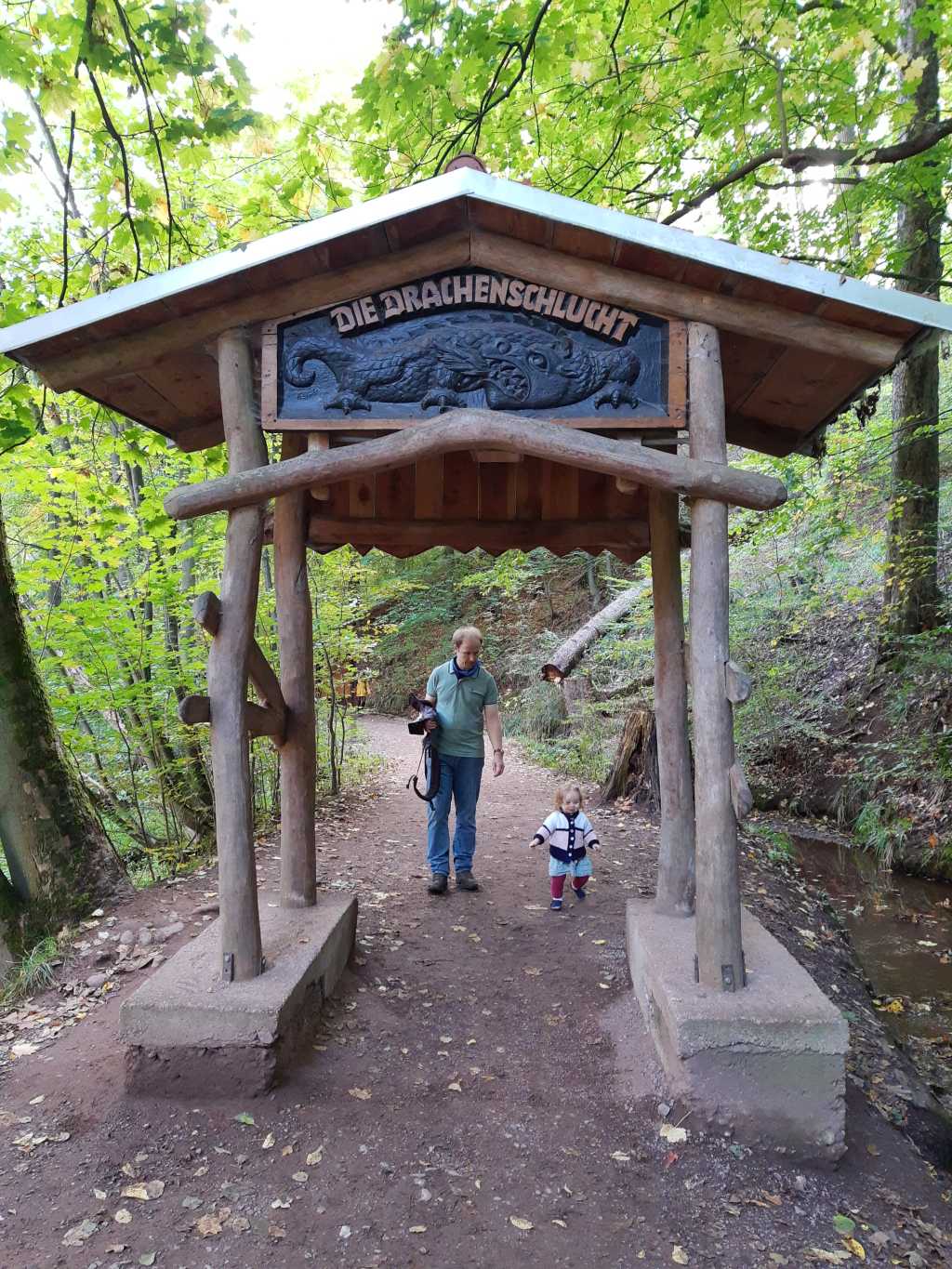 You have to hurry to take photos at the weekend, but also later in the day. Rain jackets are running into the picture again from behind …

Around the Dragon Gorge

The Drachenschlucht is the most famous short hike near Eisenach. Because of the name and because the terrain is just great, it is especially popular with families. (And of course it’s always a self-reinforcing process once the hype on Instagram has picked up speed.) But there should be numerous other beautiful corners. It is not for nothing that the nature reserve is called “Forests with gorges between Wartburg and Hohe Sonne”. The gorges are in the majority.

We ourselves only made the typical tourist flying visit. Unfortunately. I still have a few key words on the piece of paper. For example, I would have loved to stop by the Landgrafenschlucht. The entrance to it branches off from the footpath between the Drachenschlucht parking lot and the Drachenschlucht entrance. It is located on the left side of the federal road (coming from Eisenach). The Landgrafenschlucht is a little shorter at 2.5 kilometers and probably not quite as spectacular, but similar.

Both gorges plus the surrounding area are connected by an eleven-kilometer circular trail called the Thuringian Forest tourism portal promotes here. (No ads, just found and linked as a reader service and bookmark for myself). 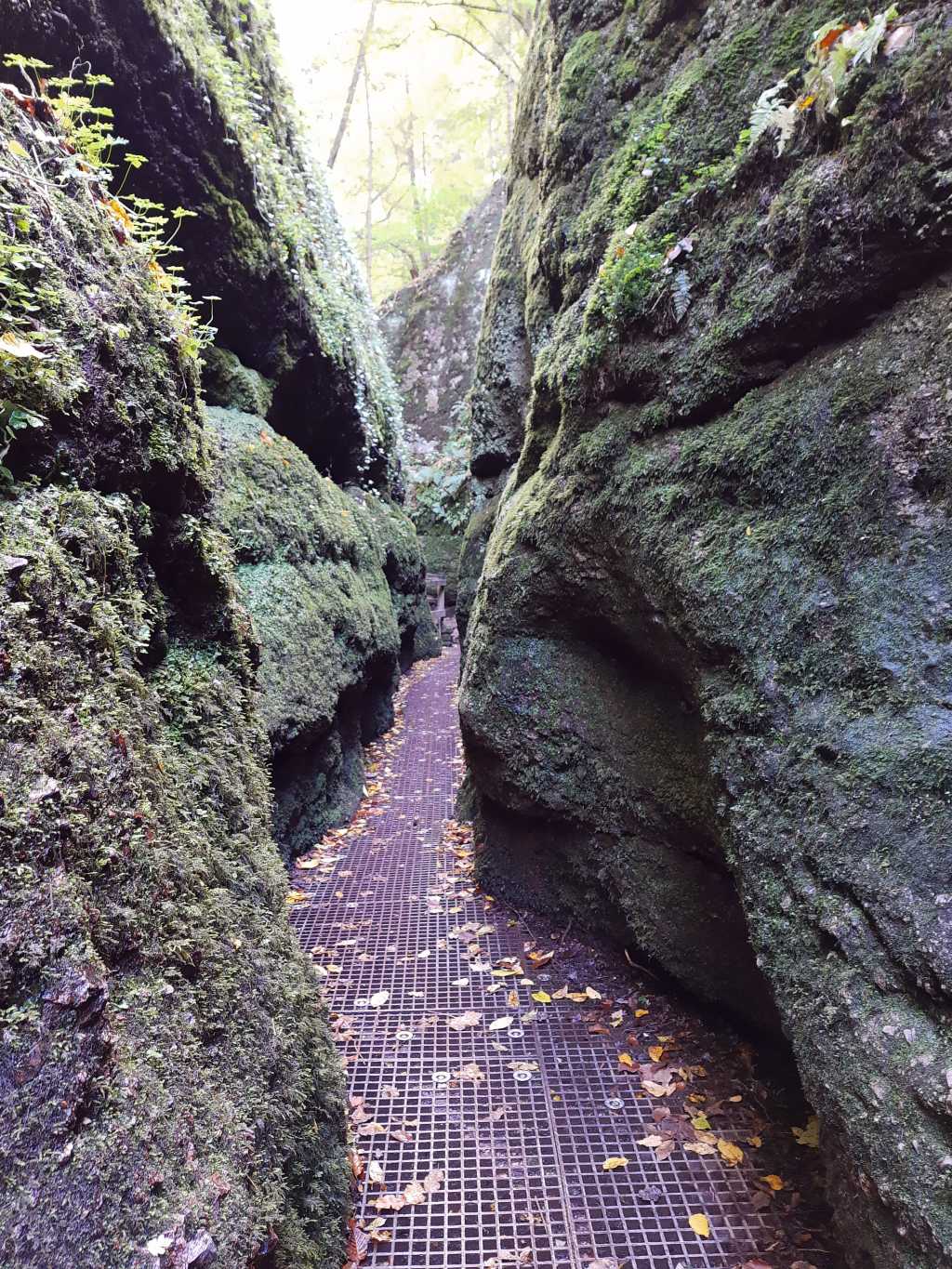 And again the Dragon Gorge, because it is so beautiful …

On our Thuringia road trip and on the way to or from the Thuringian grandparents, we have already visited a number of destinations in the Free State. We have gained our experience on the following: 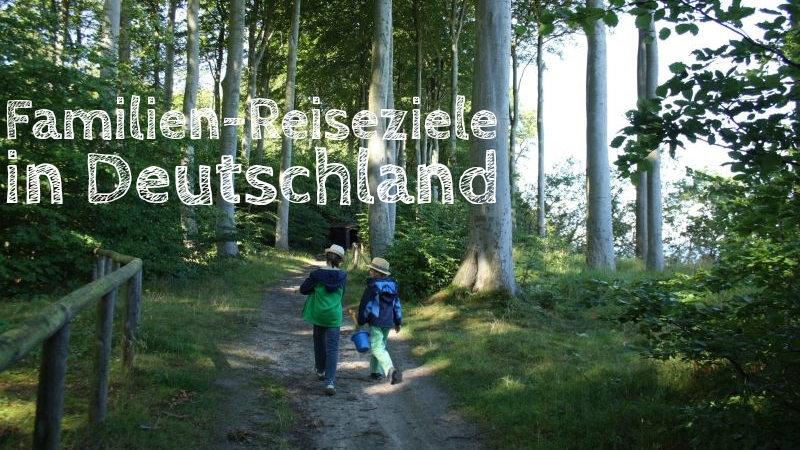 There really is something for everyone here.

By the way: We tried another great dragon hike for children in the Allgäu: Dragon Trail Rosshaupten. And in Vogtland, too, we have already been on the Dragon Trail near the Syrau Dragon Cave!

Transparency notice: In Thuringia we were traveling at our own expense. This blog post is a very classic old-school hobby article.