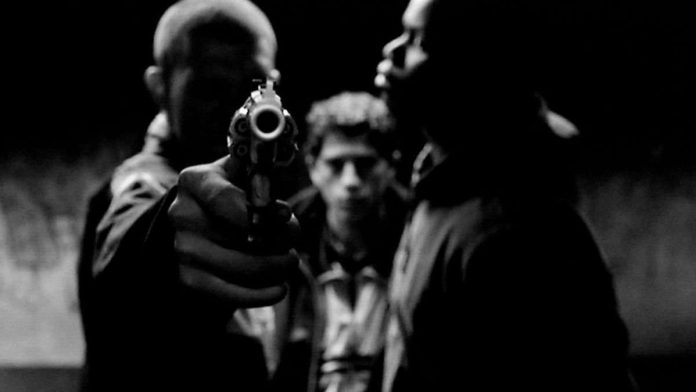 Cinema can also be a class in sociology. HateA masterpiece of European social cinema, it is one of the most precise and rabid radiographs of the revolutionary sentiment that makes up a large part of the French character.

How do you live in a society where you have a gun permanently pointed at your temple? The suburbs of Paris, a cluster of immigrant ethnic groups and diverse religious tendencies, is the scene where this question takes place. The answer will offer us a crude and realistic sociological portrait of France in the mid-1990s. Hate, directed by Mathieu Kassovitz, recounts a day in the life of three young men (a Jew, an Arab and a black) after a friend of theirs was seriously injured during a police interrogation.

The war between the police and the young population of Les Muguets (a suburb near Paris) is the engine of hatred. This feeling moves the three protagonists of the work, although each one carries it in their own way. We see how a diversified generation seizes the hatred that society has transmitted to them and turns it into the reason for their actions. HateIn addition to being a portrait of hatred at its best, it is an X-ray of French society at all levels; the suburbs, the bourgeoisie, the police, the losers, the drug addicts … A people that has always had that revolutionary aura see how decadence begins to take control of its future.

Hate explores the psychological consequences caused by the indiscriminate succession of unjust and tyrannical acts. Police abuses or the feeling of marginalization caused by the null solidarity of society are two key issues. The conflict arises when one of the three characters decides that it is time to retaliate and “balance the scale.” Tired of seeing how his life will end up in the garbage, the Jew convinces himself that his task must be to assassinate a policeman. This decision agitates the other two protagonists, unleashing a major conflict between them.

The narrative structure of Hate, as condensed as only a film narrated in one day can be, places us in various situations. These feed the idea of ​​hatred that the protagonists drink to motivate their actions. As the minutes pass, the protagonists live an arc of transformation defined by their ideals and motivated by their interaction with French society.

It is not difficult to remember works like Trainspotting watching Hate. This subgenre that seeks to portray the failure of society in the form of disorientation experienced by the new generations was very popular in the 90s. Furthermore, it serves to learn how the societies of those countries functioned during the late twentieth century. It is hard to witness how all the decisions that a society has made have ended up leading to the death of the idea of ​​the future of a generation. France is not an easy country, especially due to the agglomeration of cultural and religious tendencies that govern its diverse society, but it was less so 26 years ago, when Hate showed the world what a country was like moved by hatred.