Big Brother Vip, twenty-sixth episode: Maria Monsè the most voted (13 nominations for her). The final on March 14, 2022. They end up in six nominations: Sophie, Maria, Carmen, Francesca, Gianmaria and Miriana. On Monday 13 December there will be an elimination and the VIPs will have to decide whether to stay in the house or leave the game.

BIG BROTHER VIP, THE CHRONICLE OF THE LIVE ON FRIDAY 10 DECEMBER

01.35 The twenty-sixth episode of Big Brother Vip ends here. Leggo.it live will be back on Monday 13 December. Thanks for joining us

01.32 Signorini does not realize that it is connected with the house and reveals the names

01.24 The VIPs will have to give an answer next Monday

01.11 Miriana and Giucas, the psychics of the house try to guess. For Miriana it is March, or rather March 13. For Giucas the first week of March. Then they calibrate the date March 14, MIriana, 7 Giucas

01.01 The boys watch the best of these three months

00.59 It’s time to open the red envelope. Inside there is the date of the final of the Big Brother Vip that the competitors do not yet know

00.32 Alex appoints Francesca. Cipriani, however, does not fit in: “Soleil said unrepeatable things, those phrases must not come out of his mouth.” Signorini tries to dampen the controversy: «We cannot talk about bullying against you, bullying is something else, that then certain phrases are worthless no one discusses. It doesn’t rain that Soleil said unhappy things ».

00.24 The home immune are Aldo and Giucas. The immunes of the commentators are: Valeria Marini / Urtis and Katia Ricciarelli

00.14 Signorini is moved again. Katia: «I would like to disappear like this in a cloud, go away. I have two lonely people who matter in my life and I apologize to them if I thought about ending. When I walk with the dog I see the lake and I think it’s nice if I left there now, then I think it would be an ingratitude. I will leave this house with a huge baggage of gratitude. I also apologize to them for my character a bit so, severe, but not like a diva “

23.59 Soleil saves Maria and Biagio, while condemning Sophie to televoting

23.56 Television closed. Maria, Biagio, Jessica, Miriana, Soleil and Sophie with their backs to the led

23.42 Lulù: “For him I have very strong feelings, obviously I’m very happy and that’s enough for me”

23.40 Bortuzzo: «That was a moment in which we met and understood each other. Out of respect for my idea, I judged an attitude that I have too, she explodes and I implode, when instead love was enough “

23.35 There is talk of Lulu and Manuel Bortuzzo, thanks to a firming cream, the two have approached again

23.19 Turn the page, clip on the mass nominations for Maria Monsè. The only one defending her is Soleil

23.15 Giucas is believing it and starts to cry, Signorini reveals to him that it is all a joke

GF Vip, Delia kisses another man, but Alex Belli doesn’t believe it: “These kisses are fake”

11.11 Joke moment for Giucas, Alfonso makes him believe that his house has been illegally occupied

22.50 Soleil supports Alex: «It is a sad and squalid provocation. If that’s true then you should say a few more words “

10:35 PM Belli: «Delia you have to show me something else. These kisses are more fake than a two-euro banknote ». Delia refused to go to the studio, Belli disappointed: You make these fake gossip that I hate, at least I’m true. You made a comparison with SOleil from super annoying, it’s not you, when you are real you win, I invite you to come here. Here I live a very pure thing, the love for Soleil goes beyond this thing here, when I see these photos there is no complicity. He’s not Delia’s type, if you want to provoke me you’re on the wrong path because I need to have her here “

22.32 Signorini shows Alex the photos of Delia kissing another man

22.29 Together with Signorini they comment on their situation together, with the conductor alluding to a possible triangle outside. But Soleil is categorical: “No, I want a man all to myself”

GF Vip: Soleil against Sophie, but Codegoni’s father “thunders her down” on twitter: “Better to get boobs than other people’s husbands”

22.11 The discussion continues Marini continues to underline Soleil’s lack of respect, but she has no intention of reversing: “Stay in your place”

22.09 Sophie’s father commented: “Better to get her boobs back than other people’s husbands.” Soleil’s comment: “This father has fallen really low and is worse than his daughter”

22.07 Signorini: «I want to play down but this doesn’t seem the right moment to talk about surgery. So that’s enough “

22.03 Marini intervenes: “It is an inappropriate provocation made by Soleil, it ruined a magical moment, I tried to talk to him, but it was not the right moment”. Cipriani: “I’m tired of hearing these offenses, people don’t get offended, I’m tired”

22.01 Sophie: «I felt humiliated», Soleil: «Reverse on a joke? Worse are the insults she has made misplaced. Now do we want to make the situation bigger than it is? AI was not an offense on plastic but on the lack of personality “

22.00 In particular, we talk about the quarrel between Soleil and Sophie. Soleil said: “You are more plastic than personality”

21.55 Signorini announces that in the envelope there is the date of the final of the GF Vip

21.52 Connection with the house

21.45 Signorini’s advances: Delia Duran paparazzi kissing a man who is not Alex. Tonight the Vpponi will discover that the GF will end on March 14th

Read also> GF Vip, Alex Belli in crisis wants to get out of the house: «I would like Delia to take me away». Signorini encourages him to stay 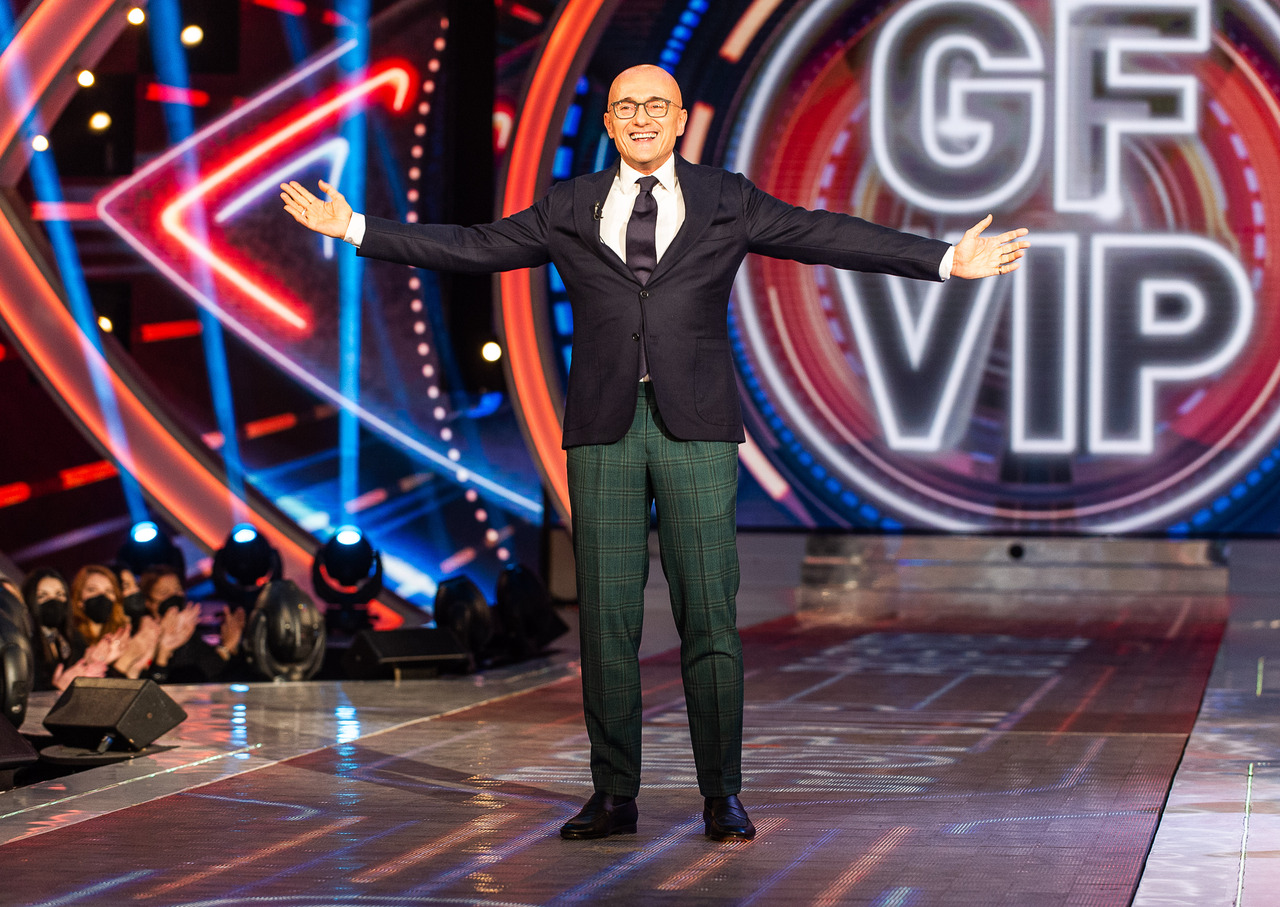 This week’s nominees are: Maria (with 13 nominations), Biagio, Jessica, Miriana, Soleil and Sophie. The televoting tonight, however, does not provide for eliminations, but the VIP will be able to send a direct nomination to one of the other nominated.

To ignite the spirits in the Cinecittà house they are or at least could be two photo shoots. The first, made yesterday, saw the Vippos as protagonists and opened the clash between Soleil Sorge e Sophie Codegoni that if they are not sure sent to say. The other photo shoot that could trigger important reactions is the one that appeared today on a web newspaper in which Delia, the wife of Alex Belli, is portrayed kissing an unknown man. How will the handsome actor react?

Furthermore, this evening the extension of this edition of “Gf Vip” will be communicated to the “Vippos”. What will be the reactions of competitors to the news? An important surprise for Davide Silvestri: Modà’s cousin Kekko sent him a long video message.